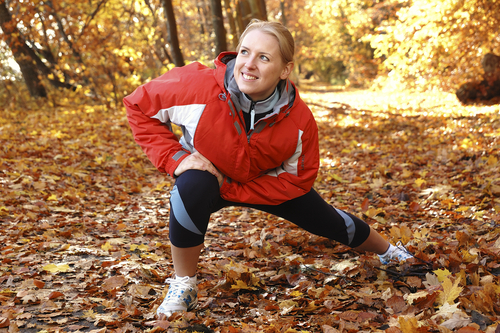 In the 1970’s the running boom came and all over North America people got out  and started a pursuit that has paid terrific health dividends for them over the ensuing years. Back then, popular thought had it that it was necessary to stretch all the major sporting muscle groups before your activity. Being more flexible would offer greater efficiency of motion and prevent injury. If you failed to stretch, injury was pretty much guaranteed, or so the thinking went. There was only one way to stretch and that was what is now referred to as static stretching. It’s the holding of a muscle on soft tension for a period of 30 to 60 seconds with the stretches repeated 3 to 5 times.

Well thank goodness for actual research. There have been many subsequent studies that prove early assumptions do not match actual outcomes. For years now researchers have been finding that:

So what to do? The research is without question still a work in progress but some useful conclusions can be made. In the next post I’ll look at the alternatives to static stretching. They should be done before activity and do not have the same impact on performance. For those athletes, recreational or competitive, who do feel the need for static stretching as a way to maintain mobility or keep supple a previous injury, keep the stretches gentle and restrict it to after you have worked out.

2 Responses to Thoughts on static stretching…