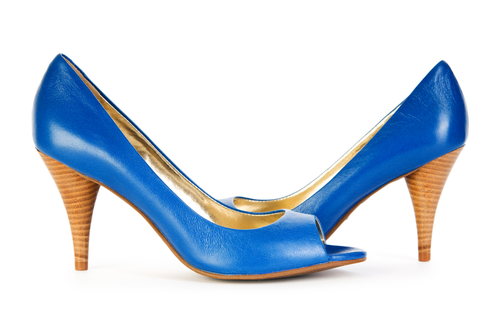 It’s summer on the west coast. Here in Vancouver, BC, the sun shines and most of us take vacation of some sort (hence the lack of posts over the past few weeks). But of course I’m not the only one who gets to take a break. Many of my fashionable clients (you know who you are) do the same thing, ditching their habitual high heels for something altogether flatter and more modest. For most people it’s a fairly easy transition with barely a whimper from their perpetually tight calf muscles. But every year there are a few whose activities at the beach or lake involve lots of barefoot running around and the result on the tight calf is a muscle tear or a connecting achilles tendon strain. Both options are painful and can take several weeks to recover. So, a general plea for those of you who live in the highest of  heels to take pity on your calf muscles. Vary your footwear and at least do some spring stretching before the beach vacation.

More serious is a study I came across from the Iowa State University which showed that regular wearing of high heels increases the chance of developing knee osteoarthritis. Even worse, the higher the heel the greater the possible damage. The study author, kinesiology masters student Danielle Barkema, measured the forces travelling across the knee joints of 15 different women while they wore shoes of different  heel heights (flats, 2 inch and 3.5 inch). The higher the heel, the greater the compression forces measured on the inside compartment of the knee. Excessive compression and joint load is recognised as a major contributor to eventual joint damage and breakdown. She additionally measured postural changes at the ankle and  hip which contributed to increased strain and possible discomfort in the lower back. Not a huge deal if it is very occasional but significant if it becomes more frequent.

So should you throw all those stunning high heels out? That, I am assured by those who know about such things, would be a tragedy and is unlikely to ever occur. So, just a little moderation and if possible go with a regular heel lower than 2 inches. Save the stilettoes for a party where you can sit down. And remember, although high heels are legal in Carmel, California, you do require a permit. Apparently true as a left over law from long ago. I couldn’t make that up if I tried.

2 Responses to Trouble in high heels…