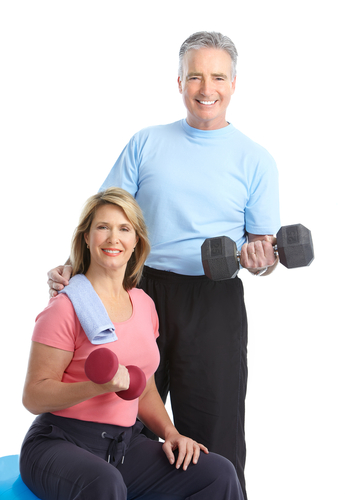 An interesting article appeared in the Globe a few months ago which asked the question: Is it harder for women to lose weight as compared to men because of the different composition of their muscle mass?

The answer is a general yes. It is more of a challenge for women because they, on average, have a lower percentage of their overall body weight composed of lean skeletal muscle. You can think of your skeletal muscle as the body’s engine. The bigger the engine, the more fuel it can burn and the more power it can produce in a given time which can effectively increase metabolic rate. With a typically larger engine comprised of more skeletal muscle, men can burn through calories more quickly giving them the ability to lose weight faster.

In the Journal of Applied Physiology, July 2000, researchers completed detailed muscle mass measures on 468 adults aged 18 to 88 and mixed men and women. On average men had 38% of their body mass composed of skeletal muscle while women had 30%. The variance was even greater in the upper body with men slightly higher. I found it interesting that the researchers observed the beginnings of muscle mass decline as early as the 3rd decade but noticeable decline wasn’t evident until the end of the 5th decade. So what does that mean when it comes to energy expenditure?

More significant though is to recognize that exercise is a crucial part of a healthy lifestyle for both men and women and that a combination of cardiovascular exercise, resistance training and a healthy diet will help you maintain a healthy weight and good muscle mass proportions well into your senior years. Beyond the 5th decade it truly is use it or lose it.  And the resistance training just might make you smarter. Read about that in this earlier post. http://www.west4thphysio.com/archives/807