Following on from my last post on fall prevention I wanted to share some of the information coming available on osteoporosis and its lesser cousin osteopenia. Both conditions add to the danger of serious injury resulting from a fall. So what is osteoporosis?

Definition Osteoporosis is a disease that affects your bones, weakening them, making them more likely to break. 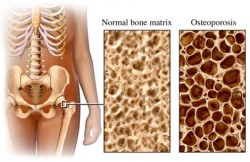 The interior of bone is a wonderful honeycomb design, the direction of the interconnecting archways being a response to the loading that the bone is subject to on a daily basis. Remarkably, your bone is in constant transition. Cells called osteoclasts remove tired, weak or unsuitable bone while others called osteoblasts lay in new, healthy, directionally suitable bone. With osteoporosis the removers (osteoclasts) are busier than the replacers (osteoblasts) resulting, over time, in less bone. You have less interconnecting arches, and those that remain, including the bone’s thick outer wall, or cortex, become thinner. Progressively less bone mass is a characteristic feature of osteoporosis. It is often called the “silent thief” because bone loss can occur without you even knowing it or feeling anything. This bone loss does not occur overnight but over the course of several years. Sometimes the first sign anything is wrong is a broken bone, most commonly in the hip, spine and wrist.

How is it diagnosed?  The commonest way is by bone mineral density (BMD) test as requested by your doctor. Small amounts of x rays are passed through the bones at key standard points of the body. The amount of x rays that get through are recorded (as a “T” score) and given a value in comparison with healthy boned people of the same age. More x rays passing through is not a good thing as it means the bone is not as dense to prevent their passage. The higher the T-score, the denser the bone. According to the World Health Organization, a T-score between +2.5 and -1 is considered normal; a T-score between -1 and -2.5 indicates osteopenia (low BMD); and a T-score below -2.5 indicates osteoporosis (very low BMD). You can find more on diagnosis and the risk of fracture assessment here. http://www.healthandbone.ca/en/diagnosing_osteoporosis/

Who can get osteoporosis?   Almost 2 million Canadians suffer from this disease. In fact, 1 in 4 women over the age of 50 has osteoporosis and osteoporosis affects about 1 in 8 men. Some ethnicities are more prone than others. For example, osteoporosis is more common in Caucasian and Asian women. Women are at greater risk after menopause, because their estrogen levels fall significantly and the rate of bone loss is accelerated.

Risk factors described by the Canadian Physiotherapy Association include:

Often people are shocked by the diagnosis as they had no sense that a problem existed until an unusual fracture occurs.

In the next post I’ll look at what you can do with diet and exercise to play your part in dealing with this debilitating disease.

This entry was posted in Osteoporosis, Senior's Health and tagged osteopenia, Osteoporosis. Bookmark the permalink.

One Response to Osteoporosis – Overview and diagnosis