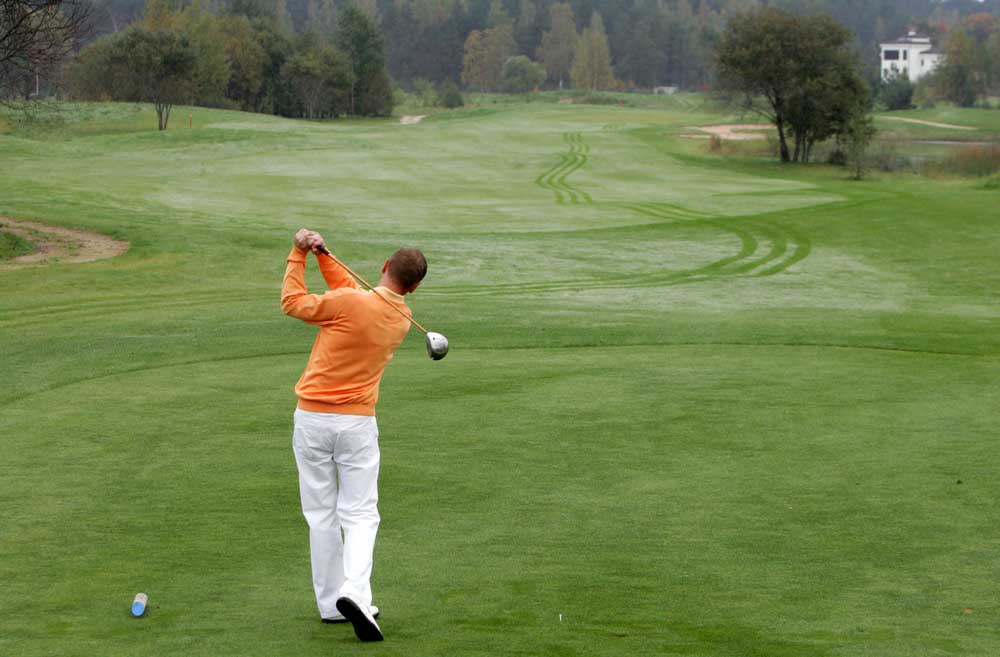 It’s already tee time on the west coast and elsewhere in Canada regular golf is getting underway. So what can be done to improve your game this season? There has been some interesting work done by exercise physiologists and coaches in answering the question of what it takes to be a successful golfer. In an article which appeared in the Journal of Strength and Conditioning Research in Feb 2009, researchers took some detailed physical measures of  24 national team golfers. Specifically they looked at flexibility, strength and aerobic fitness. Some of the findings seem obvious, such as being stronger in your upper body gave a longer drive, but there are a few correlations that were more surprising.

Better Balance = more greens hit  This was measured by time in a one legged, tip toe stand. The better the balance, the more greens were hit in regulation play. The conclusion was that because second and third shots are often hit from sloping or otherwise awkward angles better balance lets you cope with the uneven positioning and yet still produce accurate play.

Better core stength = more accurate chip shots and longer drives  Measured by front plank and side plank endurance. (FYI: The national team members averaged just over 150 seconds for the front plank test), this showed to be significant for both short and long play. As a physio who treats golfers of all ages on a regular basis, I found it most interesting  that better core strength resulted in fewer low back injuries. A golf swing puts a large compressive load through the spine of up to eight times bodyweight so it’s no surprise that the commonest site for injury in golf is the low back. Good core strength can help control your swing by limiting excessive side to side motion which,with repetition, can become an injury producing problem.

Higher aerobic fitness = better performance  Golf is not necessarily leisurely. For the duration of the round, if you are pulling a cart around the fairways, you will sustain a metabolic rate of around eight times your resting rate. Improved cardiovascular fitness will lessen the sense of fatigue and keep you at the top of your game right through the round. You can also practise for longer and as always, practise at least makes you better, if not perfect.

No guarantee that this will get you to the national team level but it will help your game improve and points the way for you to continue enjoying your golf for many years to come.